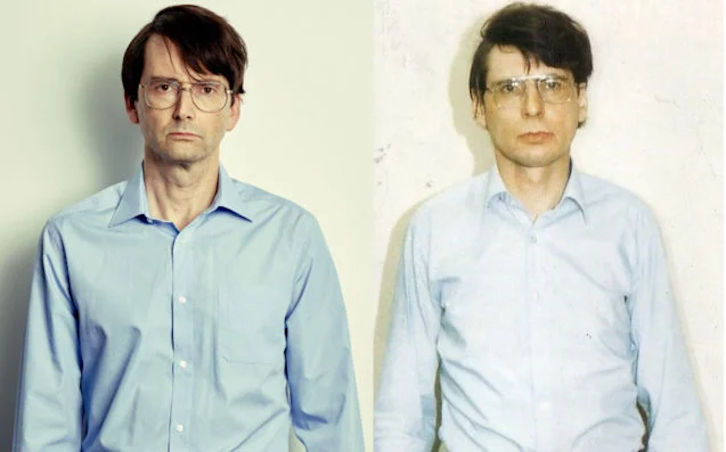 Promo
Des, ITV’s drama starring David Tennant as British serial killer Dennis Nilsen, has been acquired by a raft of international broadcasters and streamers, including AMC Networks’ Sundance Now in the U.S., Canada and Caribbean.

In Europe, Des has been acquired by C More Entertainment in Denmark, Finland, Norway and Sweden, while other deals include VRT (Flemish Belgium), Siminn hf (Iceland), TV2 (Norway) and Virgin Media Television (Ireland). BritBox has picked up second-window rights in the UK.

ITV has announced the commission of Des, a three part drama which follows the arrest and trial of serial killer Dennis Nilsen, known as Des.

Written by Luke Neal and developed by Luke Neal and Lewis Arnold, the drama is based on material from the book Killing for Company by Brian Masters, which focuses on one of the most infamous cases in UK criminal history, that of serial killer Dennis Nilsen.

Told through the prism of three men – Dennis Nilsen played by David Tennant (Good Omens, Broadchurch), Detective Chief Inspector Peter Jay played by Daniel Mays (Line of Duty, Temple) and biographer Brian Masters played by Jason Watkins (The Crown, The Lost Honour of Christopher Jefferies) – the series will explore the personal and professional consequences of coming into contact with a man like Nilsen.

Nilsen murdered boys and young men in his flat from 1978 to 1983. He was undetected for five years, and it was only when DCI Peter Jay was called to 23 Cranley Gardens on 9 February, 1983, to investigate human fragments of flesh and bone clogging the drains, that the police realised they had a serial killer on their hands.

Dennis Nilsen was arrested and convicted at the Old Bailey of six counts of murder and two of attempted murder. He was sentenced to life imprisonment, which was replaced by a whole life tariff in 1994. He died in May 2018.

Told from both the police and Masters’ point of view, Des will explore how a man like Nilsen was able to prey on the young and vulnerable in 1980s Britain. The series will not only highlight the police investigation and trial but also the effect of the media coverage on public perceptions of the victims at the time, raising questions of just how far have we really come since then?

“This drama starts with Nilsen’s arrest and is looking at him through the eyes of the police officer trying to identify those he killed and deliver justice for them and the biographer he chose to tell his story. David Tennant is going to be brilliant as Dennis Nilsen and with Daniel Mays as Jay and Jason Watkins as Brian, this has an incredible cast to bring this story to screen and we are delighted to be making this with New Pictures for ITV.”

“Dennis Nilsen’s crimes shocked the nation in the early 1980s. Our programme focuses on the emotional impact of those terrible crimes, both on those who came into contact with Nilsen himself, and also on the victims’ families. We’re thrilled to be working with Luke and Lewis on this project, as well as the incredible cast.”

Des is written by Luke Neal (episode 1 and 2) and Kelly Jones (episode 3), based on material from the book Killing For Company by Brian Masters. Directed by Lewis Arnold and produced by David Meanti, Des has been commissioned for ITV by Head of Drama, Polly Hill.

USD POLL : Which is your favorite movie from Peter Jackson’s Middle-earth franchise?

May 25, 2020 Road Dog One
[ad_1] Today's User Submitted Daily (USD) Poll was submitted by Allan Verissimo who was picked randomly from our Poll Submissions
Hot News

When Is Survivor Returning to TV?

July 28, 2020 Road Dog One
[ad_1] Survivor is basically an institution. For 20 years now, the Jeff Probst-led reality competition is one of the OGs in the
Hot News

Quote of the Week – Week of July 26th

August 5, 2020 Road Dog One
[ad_1] A weekly feature highlighting the best quotes on TV as picked by the Spoiler TV team. We'd love to