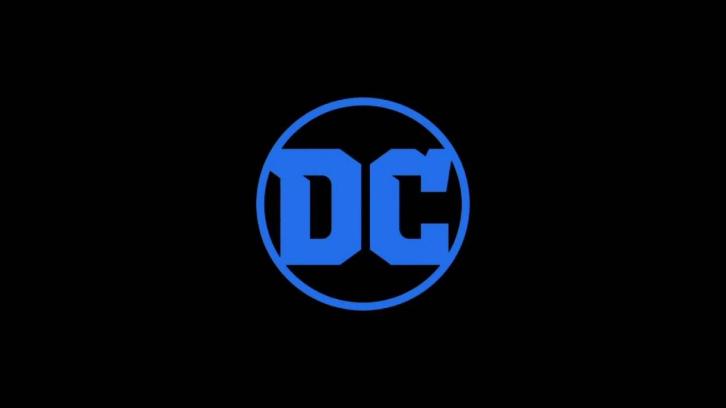 Word was that production was re-locating from London to Liverpool in the UK and out of safety in the current coronavirus climate, Warners just decided to halt shooting for the time being. Again, no one from the cast or crew has been diagnosed with COVID-19. 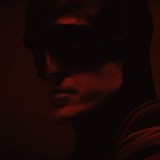 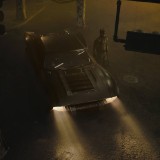 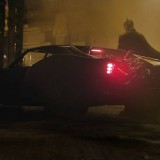 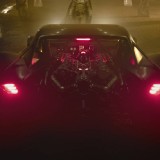 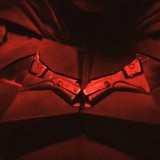 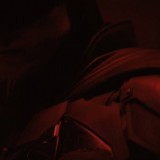 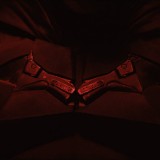 Thanks to Ivan for the heads up.

Kravitz joins Robert Pattinson who has the title role, Jeffrey Wright who is playing Commissioner Gordon and Jonah Hill who is in talks for a villain role.

Thanks to Subaru for the heads up.

Warner Bros has approved Robert Pattinson as the star of The Batman, the trilogy of films that Matt Reeves will direct later this year, Deadline hears.
Source:
Deadline
17th May 2019 – Penguin to Be Featured Plus Catwoman
Matt Reeves is still tweaking his script, which is rumored to have at least two villains, the Penguin being one of them, according to sources (one person is telling us there will be around half-a-dozen villains!). We’re hearing of another purrfect character making an appearance in the script as well.

Warners exec are, of course, being extremely meticulous, perhaps to a fault, in handling what is supposed to be a new trilogy. They don’t want a repeat of the Ben Affleck debacle where they had a divisive Batman and saw a potential solo franchise collapse in public.

Source:
Read More on The Hollywod Reporter
16th May 2019 – Robert Pattinson Frontrunner to Star as Batman
While a deal has not yet been made and it is unclear if there is an offer on the table, Robert Pattinson is a top contender play Batman in Matt Reeves’ DC movie for Warner Bros.

It is also unclear who else is on Reeves’ short list, other names that have been floated alongside Pattinson’s were Armie Hammer, Nicholas Hoult and Aaron Taylor-Johnson.

Source:
The Hollywood Reporter
While a report declared that Twilight Saga star Rob Pattinson had been set for The Batman, Deadline hears that the filmmaker and Warner Bros haven’t gotten to that place yet. Pattinson is on a short list but so is Nicholas Hoult, who stars in Tolkien. Sources say they like both guys, with Pattinson holding the edge
Source:
Deadline
16th May 2019 – Robert Pattinson to Star as Batman
He’s going from sex symbol to bat symbol. Sources tell Variety that Robert Pattinson will play “The Batman” in Matt Reeves’ forthcoming superhero film, which hits theaters June 25, 2021.
Source:
Variety
15th February 2019 – Ben Affleck Confirms Exit as Batman
30th January 2019 – Release Date Revealed; Ben Affleck Not Returning
EXCLUSIVE: Warner Bros. is dating their next rendition of Batman for June 25, 2021. This is the one that Matt Reeves has been attached to as writer and director. Ben Affleck, we hear, will not be donning the Dark Knight’s tights after playing the Caped Crusader in Batman v. Superman: Dawn of Justice, Suicide Squad and Justice League and that’s because this movie will focus on a younger Bruce Wayne.

Affleck worked hard on The Batman story, but knew he wasn’t the right one for this particular version. A search is underway for a new Dark Knight.

Excited for #TheBatman in Summer 2021 and to see @MattReevesLA vision come to life. https://t.co/GNgyJroMIO

30th January 2019 – Rogues Gallery to Be Featured
Have you begun the casting process?

There will be a Rogues Gallery. The casting process will begin shortly. We’re starting to put together our battle plan. I’m doing another pass on the script and we’ll begin some long-lead stuff to start developing conceptual things.

What’s your goal as far as a release date?

We haven’t been dated. I wouldn’t commit to this, but we’re thinking the movie would probably be for 2021, late spring or summer. Warner Bros. has been incredibly supportive and given me a lot of time and shared the same passion that I do for this story.

Source:
Read More on The Hollywood Reporter
15th October 2018 – Warner Bros Not Moving Forward with Ben Affleck; Role Expected to Be Recast
Following the box office disappointment of “Justice League,” Warner Bros. has been reevaluating its approach to making movies based on DC Comics characters. The studio is not moving forward with Batman and Superman movies featuring Ben Affleck and Henry Cavill, respectively. It is expected to recast the Dark Knight with a different actor.
Source:
Read More on Variety
2nd August 2018 – Matt Reeves Provides Update
“We are working on getting our draft in the next couple of weeks and things are progressing,” Matt Reeves said at TCA today. He hopes cameras roll sometime next spring or early summer.

Reeves’ Batman will be completely separate from Christopher Nolan’s Dark Knight universe yet will still be “noir-driven in which Batman is investigating a particular case that takes us out into the world of Gotham”.

Reeves waved off rumors that his Batman would focus on a young caped crusader or Frank Miller’s Batman: Year One which is one of his favorite Batman comics.

Source:
Read More on Deadline
13th June 2018 – Believed to Be Focusing on Younger Batman
The big question mark going forward is the future of Batman. Writer-director Matt Reeves turned in the first act of a new screenplay during the Memorial Day weekend. It’s said to focus on a young caped crusader, and while the studio would not comment, it’s unlikely that Ben Affleck, who has played Batman in three features, will again don the cowl.
Source:
The Hollywood Reporter
21st July 2017 – Ben Affleck’s Batman Future in Doubt as Warner Bros. Plots Franchise
Ben Affleck is heading to Comic-Con this weekend to promote Warner Bros.’ upcoming Justice League movie, set for a Nov. 17 release. But how many more times is he likely to put on the Batsuit? Probably not many, if ever again.

Yes, Warners’ film studio chief Toby Emmerich tells The Hollywood Reporter, “Ben is our Batman. We love him as Batman. We want to keep him in the cowl as long as we can.” And Matt Reeves, who will direct the studio’s still-undated (and unwritten) The Batman, has said that he means to keep Affleck in the role. But a source with knowledge of the situation says that the studio is working on plans to usher out Affleck’s Batman — gracefully, addressing the change in some shape or form in one of the upcoming DC films.

Exactly when and how that might happen has yet to be determined, but it would be wise to bet against Affleck starring in The Batman. Already he has stepped away from directing the film and Reeves is dropping the script that Affleck wrote with D.C. Entertainment’s Geoff Johns.

When asked if he would be working with Affleck’s script, Reeves said, “No, it’s a new story. It’s just starting again. I’m excited about it. I think it’s going to be really cool.”

Hearing Matt Reeves contracted to work on APES till at least end of June, so production on BATMAN likely not starting till 2018

23rd February 2017 – Matt Reeves Closes Deal to Direct
Matt Reeves has closed a deal to direct and produce The Batman for Warner Bros.

“I have loved the Batman story since I was a child,” Reeves said in a statement. “He is such an iconic and compelling character, and one that resonates with me deeply. I am incredibly honored and excited to be working with Warner Bros. to bring an epic and emotional new take on the Caped Crusader to the big screen.”

A studio source confirms that negotiations have broken down. The possibility, however, exists that talks could resume when heads cool. The studio is intent on making the movie no matter what as the Batman franchise has proven to bigger than one person.

Reeves is currently deep in post-production on the Apes sequel, War for the Planet of the Apes, which is shaping up to be the biggest entry in the Fox franchise.

Source:
The Hollywood Reporter
10th February 2017 – Matt Reeves in Talks to Direct
I’ve heard Warner Bros has offered the directing job on its Batman franchise to Matt Reeves, the filmmaker who just finished War for the Planet of the Apes for Fox. This comes weeks after Ben Affleck decided that directing and starring in such a massive undertaking was too much. The emergence of Reeves is hardly a surprise; it was known that he was the filmmaker the studio engaged when Affleck made his decision after weeks of wavering.
Source:
Deadline
Other directors remain in the wings, including Ridley Scott and Don’t Breathe director Fede Alvarez.

Affleck remains on board to portray Bruce Wayne/Batman and co-wrote the script with DC Films co-head Geoff Johns. Several sources say, however, that the script may undergo a significant overhaul.

Source:
The Hollywood Reporter
30th January 2017 – Ben Affleck No Longer Directing
Ben Affleck has decided to step down as director of “The Batman” and remain on as a producer and star of the project.

Affleck is still on board to play the superhero, but sources close to the talent said Affleck and Warner Bros. discussed how to make the best film possible and this was the decision both parties came to.

“There are certain characters who hold a special place in the hearts of millions,” Affleck said in a statement. “Performing this role demands focus, passion and the very best performance I can give. It has become clear that I cannot do both jobs to the level they require. Together with the studio, I have decided to find a partner in a director who will collaborate with me on this massive film. I am still in this, and we are making it, but we are currently looking for a director. I remain extremely committed to this project, and look forward to bringing this to life for fans around the world.”

Affleck and Warner Bros. will now begin searching for a new director.

Source:
Variety
14th December 2016 – Departing WB Exec Reveals 2018 Release Date
“Next year, Batman Lego looks like a monster, and King Kong looks like a global hit and we have Chris Nolan’s Dunkirk, and King Arthur, and Wonder Woman, which is such a joy for the studio and fans. Zack Snyder’s Justice League is a big film, and there are others like CHiPS, which feels like a real franchise for the studio. And Toby Emmerich’s films are also really humming.

“Then in 2018, there is a second Fantastic Beasts film, and Ready Player One feels like an ambitious movie by the world’s best filmmaker, Steven Spielberg, that will set the world on fire. There is Aquaman with James Wan, and Scooby Doo will be a huge launch and then there is Lego Ninjago. And then there is Ben Affleck’s Batman.

It was reported in July 2015 that Affleck was in talks to star and direct, but Tuesday’s announcement marks the first official confirmation of his involvement. Affleck made his debut as the Caped Crusader in “Batman v Superman: Dawn of Justice,” which bowed March 25.

Tsujihara said the studio has committed to 10 DC films — most of which have already been announced — within the next five years, then named every movie along with their director, including Batman with Affleck.

Warner Bros. confirmed that Affleck would be directing the movie later on Tuesday in a press release.

Put Some Chili On, Because Brian Baumgartner Is Hosting a The Office Oral History Podcast

July 6, 2020 Road Dog One
[ad_1] Spotify is banking on fans' insatiable appetite for The Office content with a new podcast, An Oral History of
Hot News

USD POLL : What relationship are you looking forward to on House of the Dragon?

May 7, 2020 Road Dog One
[ad_1] Today's User Submitted Daily (USD) Poll was submitted by Zemmour who was picked randomly from our Poll Submissions (see
Hot News

How Grey's Anatomy, New Amsterdam, and More Shows Are Planning to Put Coronavirus Into Their Storylines

Wild Fist Fight in Portland Between BLM Protesters and Counter-Protesters