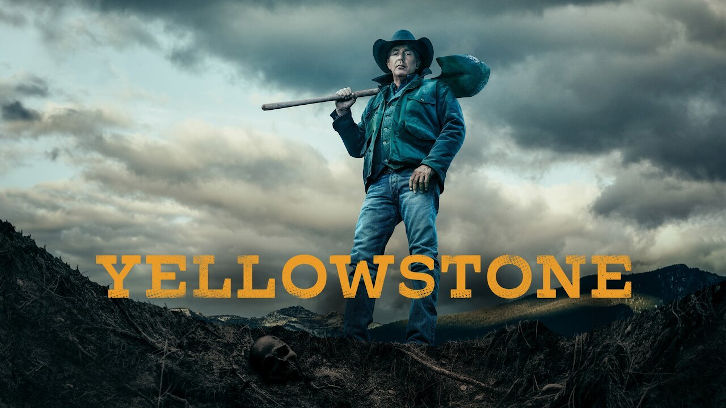 We can breathe a sigh of relief that the ranch’s own rodeo-competing Humpty Dumpty is (almost) in one piece. Jimmy survived the grim ending we were left with last week, and the scare clearly tugged on the concrete-dipped heartstrings of John Dutton as we see him waiting by the bedside when the battered ranch hand wakes. As he goes on to imply that the bills are taken care of, and steers Jimmy towards a new (less dangerous) career, it is welcoming to see a touch of tenderness among the manly man gruffness that normally dominates the show. The cherry on top of all this is the appearance of barrel racer Mia, who thankfully continues to show an interest in Jimmy, even going so far as to help him shuffle half-robed down the hallway for his physiotherapy. Though this is all dealt with with a certain amount of levity, I worry that Yellowstone’s love for angsty drama could rear its ugly head when everything is going so well. I guess we’ll see.

The episode wastes no time in steering things back to the overarching matter at hand (the land development) with the governor arriving for a chat with Kayce. Owed perhaps to her firm, all-knowing confidence or manipulative ‘for-the-good-of-the-family’ spiel, Kayce finally, though unenthusiastically, agrees to become livestock commissioner, freeing Jamie up to take over as attorney general. There seems to be a lot riding on the latter working his lawyer magic, but at the moment the ‘out-of-towners takeover’ plot-line is not gripping enough, and seems repeatedly brushed aside for more head-in-the-clouds romance scenes.

This brings me to Beth’s slip of the tongue when playfully asked by Rip what she would like him to call her, and to be honest ‘wife’ was a pretty unexpected answer. Was she getting caught up in the moment or is this a real dream of hers? The reveal of her not being able to have children was a sad one but unfortunately almost too predictable as a plot device to stir things up. The writers certainly like to pit the odds against this tormented pair and although Rip says he is ok with it, I’m not so sure his own parenting dreams haven’t taken a blow.

The arrival of the biker gang was a spur to the hindquarters of this often dwindling episode. The characters always shine when forced into action, and the combination of new ranch hand Teeter’s explosive temper and the pick-a-fight attitudes of the trespassing gang soon sparked a fire under their bellies. Despite Rip washing the floor with them and giving fair warning, the bikers return for some revenge, only to be met with the shadowy figure of John Dutton. Kevin Costner is a dab hand at menacing calm, and exudes gravitas as he teaches the leather-clad group a lesson (in grave digging), before letting them go. Maybe its this grim event, the intrusion of the governor to their campsite oasis or the looming threat of a land takeover, but by the end John is forced to accept that reality has come crashing back, and, as he puts; “Summers over”.

Soulmates – Renewed for a 2nd Season

Dave Grohl walks his Bengal pussy on a leash

T-Boz Gets Why Industry Bailed on TLC, Still Stewing Over L.A. Reid Feud